Please join us for the Community Yom Hashoah Memorial Program . The events of the program will include:

“The Mitzvah”
A one act- one person play

Roger Grunwald plays the character Christoph Rosenberg, who is a German half-Jew (“Mischling”) and a First Lieutenant in Hitler’s Wehrmacht. He is a man who discovers too late that the blood flowing in his veins is no different from the Jewish blood being spilled in the killing fields of Poland.

followed by a brief symposium on Germans of Jewish ancestry

The program will open with a Memorial Prayer, with Holocaust survivors lighting memorial candles, and with a reflection offered by Dr. Kelly Wilson, Charlotte Holocaust Outreach Director, North Carolina Council on the Holocaust 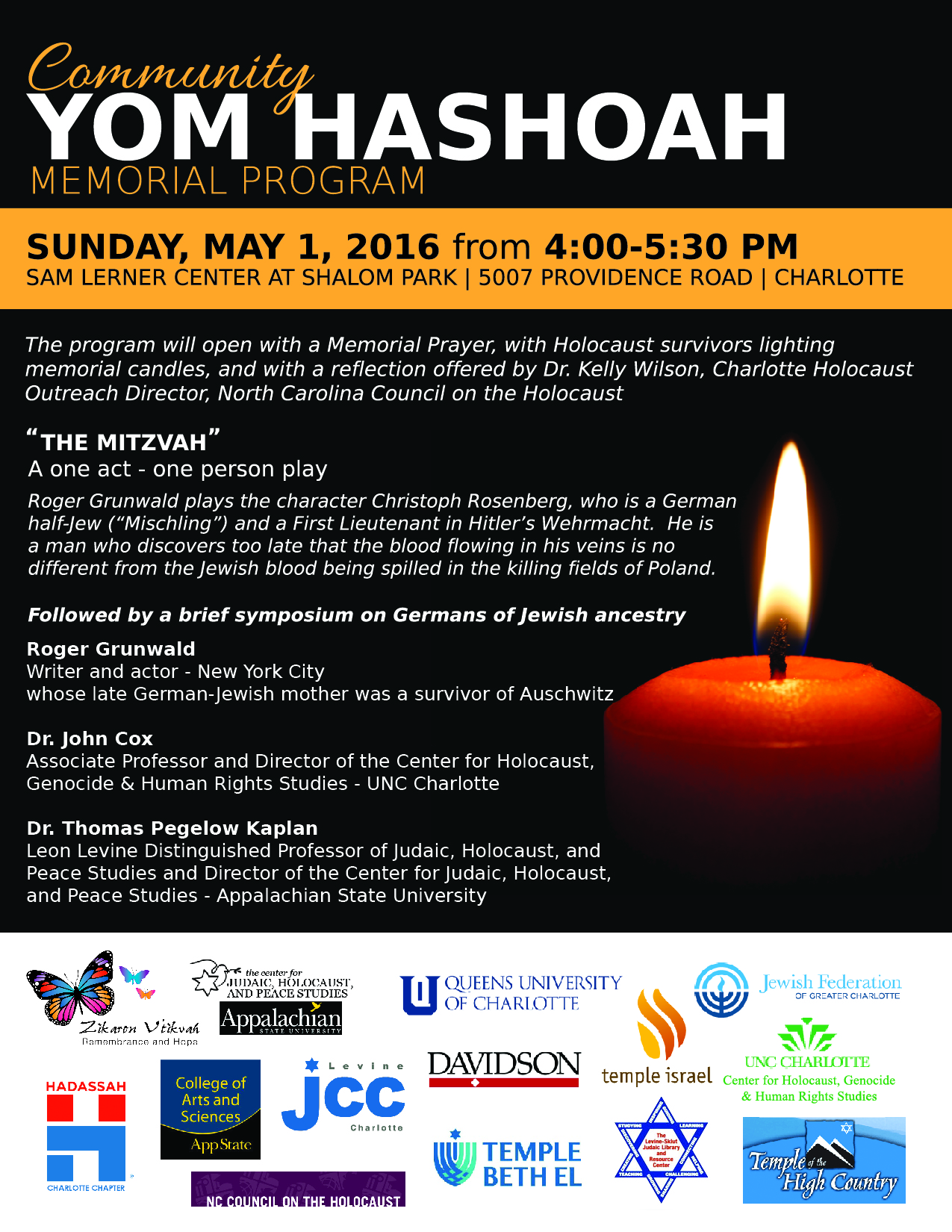