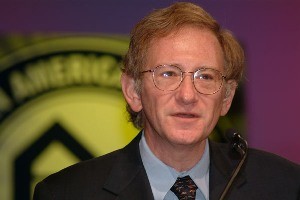 Ralph Nurnberger, “2016 Elections: Is It Good for the Jews?”

In perhaps the most pivotal election year, don’t miss out on JCRC’s first of our two part series on the upcoming 2016 elections with special guest speaker, Ralph Nurnberger on Tuesday evening at 7 pm, November 15 in the Sam Lerner Center for Cultural Arts. Dr. Nurnberger will address the next President’s ties with the American Jewish community and U.S.-Israel relations under the next administration.

Ralph Nurnberger is Professor of International Relations at Georgetown University, where he has taught since 1975. He was named Professor of the Year by the Graduate School of Liberal Studies in 2003, and he received another award in 2005 for 30 years of excellence in teaching. He currently teaches graduate seminars on the Arab-Israel conflict. Dr. Nurnberger has served on Capitol Hill on the professional staff of the Senate Foreign Relations committee, and has spent 30 years in government relations. He has also advised numerous congressional, senatorial and presidential campaigns on foreign policy issues, especially those related to the Middle East.

He served for more than eight years as a Legislative Liaison for the American Israel Public Affairs Committee (AIPAC), and was the first director of Builders for Peace. In this capacity, he dealt with international leaders, including Israel’s then -Prime Minister Yitzhak Rabin, then-Foreign Minister Shimon Peres, and PLO Chairman Yasser Arafat.

The lecture is free and open to the public but RSVPS are requested. For more information, please contact Tal Stein, Director of Community Relations and Israel Affairs, at tal.stein@jewishcharlotte.org or 704-944-6751